How to Enjoy Fighting 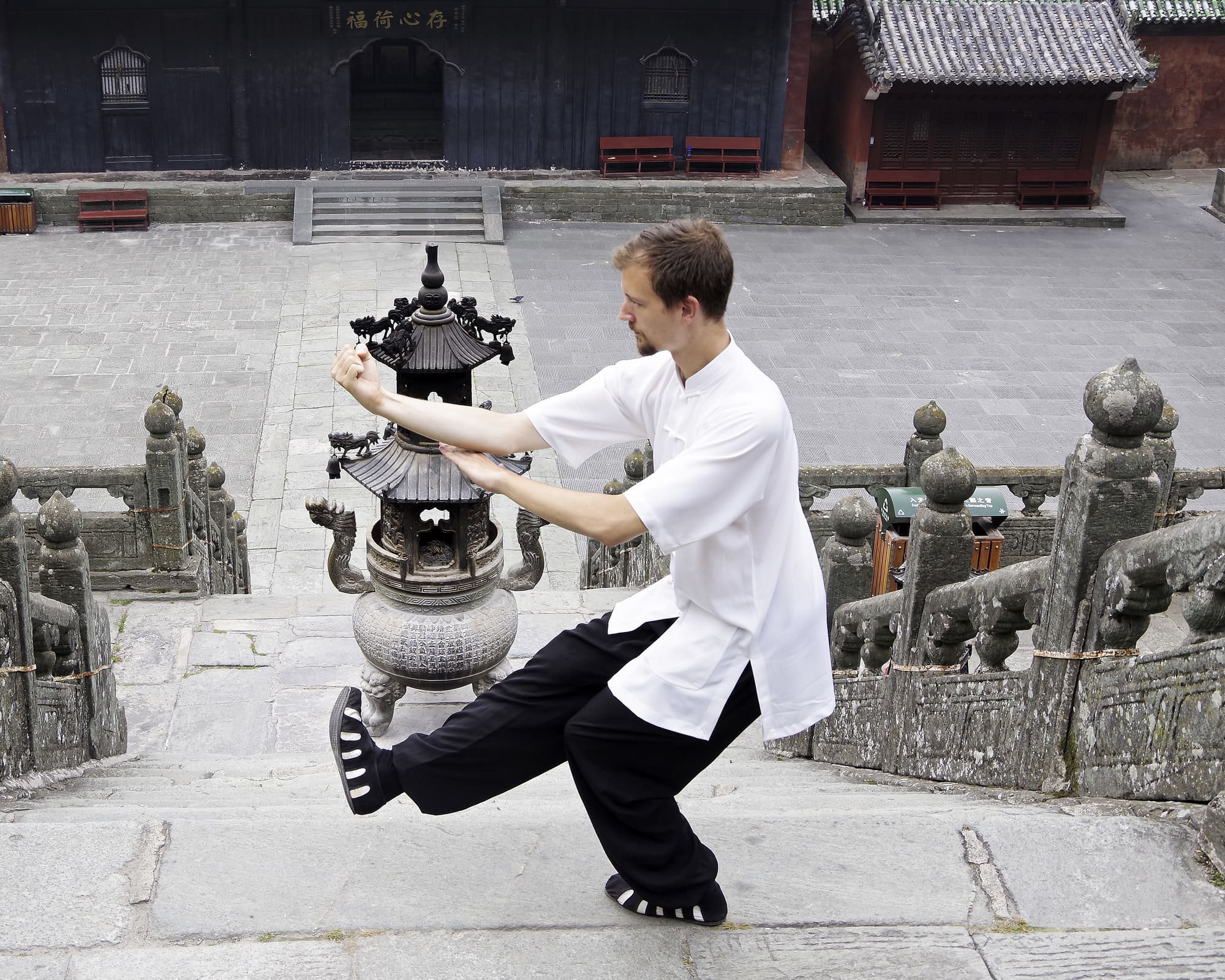 We, martial artists, enjoy fighting, of course, this what we have been doing all this time. We don’t always need someone to fight against; one can hone his skills alone with dedication. The essence of a fight, however, is that there is an opponent. It is crucial how students in martial arts enjoy their fights. Instead of letting aggression take over, the Wudang basic training is established in a traditional way to get rid of negative emotions.

Why Do We Fight?

Everyone has to find his reasons to fight. Wudang students, however, should in the first line always protect themselves. There is no other reason to hone martial arts skills to mastery if the will to practice does not come for the own good. Internal martial arts cannot be mastered for someone else; because the way to obtain mastery is to go over many mental and physical hurdles.

The Essence of Fighting

Is communication in a way that wouldn’t be otherwise possible – giving your opponent a question and see how he will answer it and vice versa. Fighting can also be a test of willpower and endurance, dedication and control. The essence of fighting is however never for oneself, but always for the opponent – in a fight, you work with the opponent not with yourself, so it doesn’t matter if you want to help or teach your opponent or if you want to defeat him. The opponent will always limit your training progress in relation to his skill level – real mastery is never obtained through fighting but through daily dedication in honing your skills.

The fighting skills of our Sanfeng Wudang school are full of interceptions, controlling movements, counter attacks, and disabling techniques. Wudang students are trained to use all their power to a greater extent by coordinating every movement with the Dantian (energy center). Every superior power that may attack them can be nullified, or countered by learning the methods of Yin and Yang (Liang Yi). The Wudang methods are unconventional and hard to predict and go along the natural flow and intuition – controlled by subconscious body memory through dedicated training.

The way of Wudang might teach aggressive fighters a new way by inspiring them. We reform the fight with a balanced mindset and a good fighting spirit. In Wudang, we continually test our weaknesses and the control of relaxation and power (Yin and Yang) to overcome mental and physical boundaries when confronting someone. The tricky part for Wudang style is to not suppress the power from the opponent with your own; this would only lead to more aggression. As a master, I want to give my students the space to develop and find themselves in a combat situation – by giving them the opportunity to express themselves. Fighting is similar to Taiji and should naturally flow by giving and receiving. Wudang fighting is never hard on hard but is always countered by the opposite element.