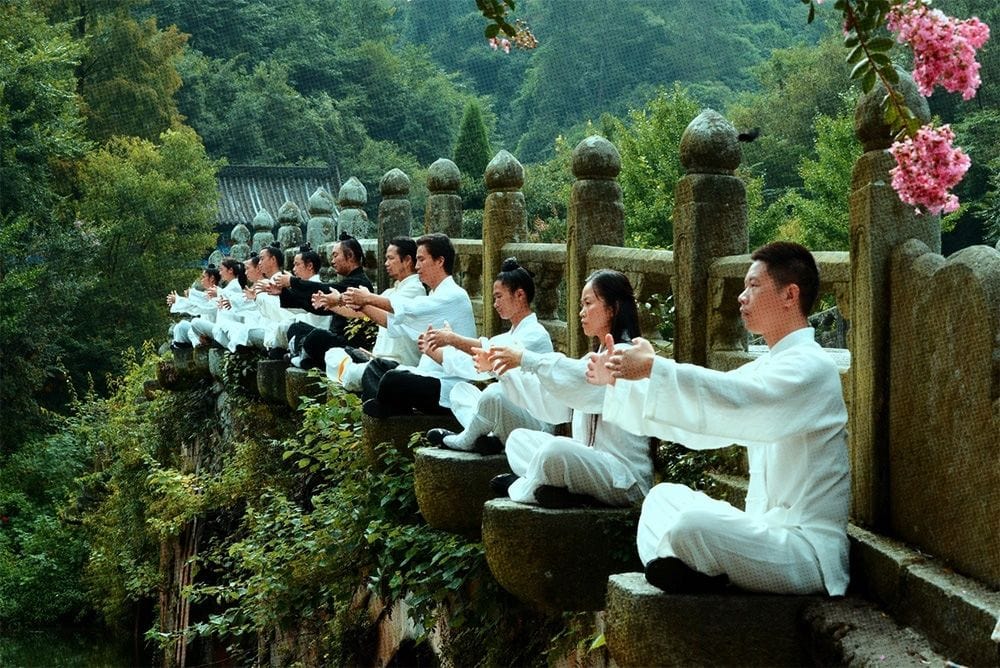 Zhan Zhuang, standing like a tree, most people just imagine it to be easy; However, Zhan Zhuang is one of the basic as well as the mastery exercises. Zhan Zhuang shows what you are missing.

Influence of the energy channels

Zhan Zhuang is only half as exhausting when the body has many blockages that cushion the very core of inner conflicts because these blockages primarily serve that purpose. The nesting of the self, like a snail, leads to many problems at all levels and is often supported as a protective function of one’s own imagination. Zhan Zhuang is the straightening of our frame of reference and shows us the straight path to the Self, a path of rest.

If the energy channels are not blocked and released, for example, by stretching, the inner conflict is immediately open and the Zhan Zhuang exercise becomes increasingly demanding.

People with many blockages start to sweat, this is not conducive and more like a transistor that converts energy into heat as a by-product. Who has free energy channels, does not sweat and maintains a natural heat balance, the mental sensitization, which is related to the resolution of the conflicts, increases. Therefore, Zhan Zhuang is experienced as more exhausting when done properly.

Learn to accept the calm

While keeping the spine absolutely calm, we feel as a spiritual and physical being. This being possesses a state of constant, any form of restlessness and fluctuating concentration is causing our universe to burst like a bubble.

We can only accept who we are, and Zhan Zhuang provides the knowledge of what to do.

Our breath, the energy that flows through our body, provides everything that we imagine. Those who do not consciously care for their body and mind get cold feet and stares into the fool’s box. Because even though we are rigid at first sight, with the tolerance of our will, every rock softens.

Me and Zhan Zhuang

The way of the Dao, is the way of ours is determined in the situation of absolute peace. Because only then is enough time to learn more about ourselves. The Daoists tell of a heavenly dictation. Who are we behind the mental and physical blockages?

On my long journey, I learned about Zhan Zhuang, while practicing Zhan Zhuang motivates me to be successful, to feel the freedom. Zhan Zhuang is a challenging exercise that touches me to this day, because nature knows no exceptions and no mercy. If you are looking for peace, Zhan Zhuang will not understand. Those who want to face his weak points will find peace.