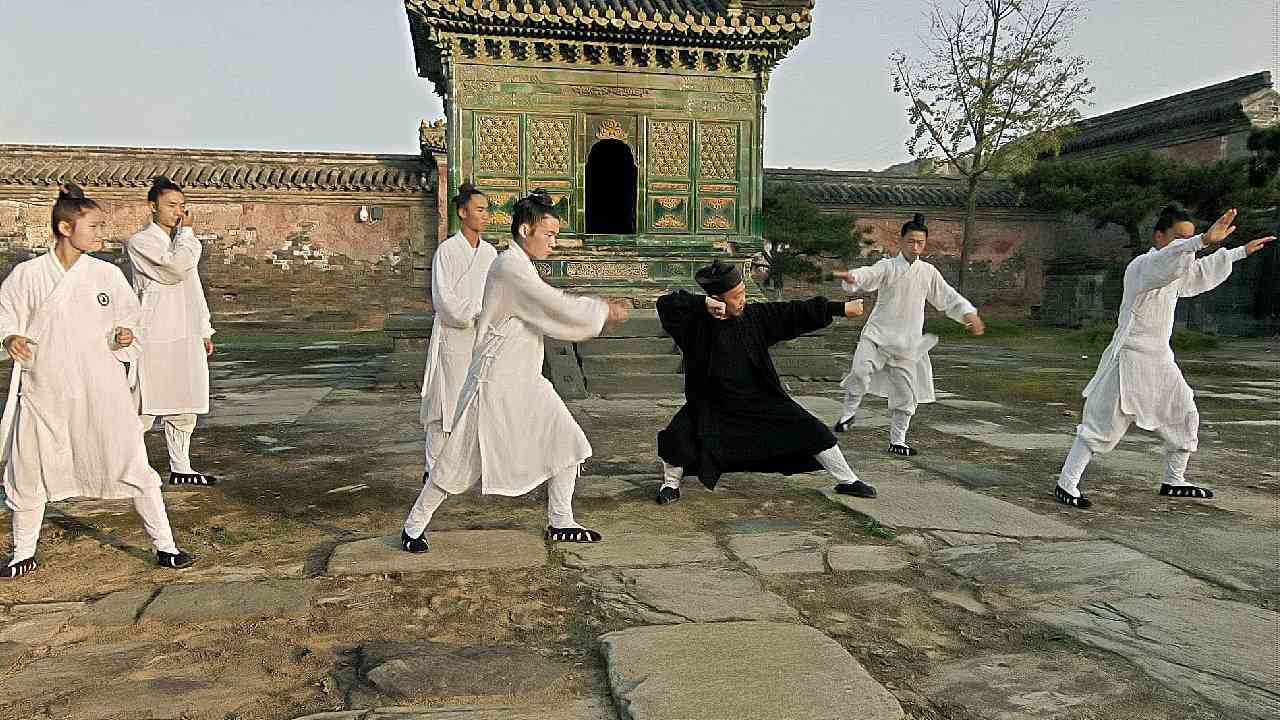 Traditional Chinese Gong Fu lost its practicality after the end of the cold weapon age. Wudang, one of the most famous forms, is trying to carry the tradition forward into a new age.
Zhong Yunlong, born in 1964, is 14th generation Wudang Sanfeng Sect. He came to Wudang when he was 19 years old and exchanged Gong Fu arts with other sects on behalf of Wudang. Zhong returned to the Purple Cloud Temple, the base of Wudang, five years later to deal with challengers from other places.

The last person who challenged him was an Italian fighter some 23 years ago. Claiming to be the founder of martial arts in Europe, he was thrown to the ground and slightly injured. Measures were later put in place to prevent future injuries. Without an actual combat atmosphere, however, fighters cannot learn from each other, and Wudang gradually became a form of exercise for self-entertainment.

According to Zhong, Wudang used to have 11 branches, but now only has six. “The most important reason for their disappearance is the strict rules of inheritance. There used to be more than 400 sects in Taoism Gong Fu, but most of them were lost over time.”
Wudang swordsmanship exists only in legends because today’s swords are made of iron and are wobbly, so they are only suitable for performances or collection. He has collected various swords, all of which are unsatisfactory, except one: a rusty sword made in the 1980s has companied Zhong till now.

“It’s performance rather than community,” Zhong said, describing the present environment of Gong Fu. Before, several years of training was required before one could even start learning Wudang Gong Fu. Nowadays, most people are just interested in superficial moves.

According to rumor, Zhong’s master gave him a sword book before he died. Zhong said the rumor is false. “There’s no such sword book. We were taught the arts orally.”
Wudang and Shaolin are the best-known forms of Chinese Gong Fu. Wudang is famous for swordsmanship while Shaolin style is superior in boxing. Wudang’s swordsmanship is famous in China. It combines both hard and soft moves that change according to the reactions of the challengers.

Nowadays, Taoists in Wudang pay more attention to tourism than Gong Fu. Data shows that Wudang received 7.6 million tourists in 2016, and made 4.3 billion RMB in 2016.

Zhong left the Purple Cloud Temple last year, despite his promise to his master that he would never leave the Wudang Mountain. He did not take his sword with him.