The Origin of Taiji 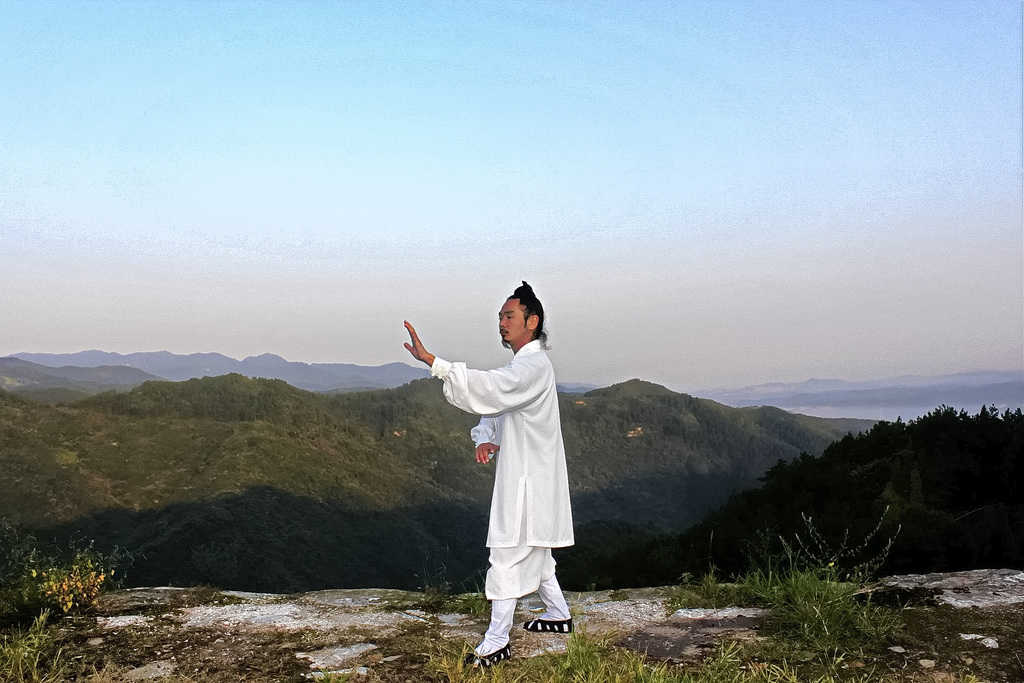 Influenced by Daoist religion and philosophy, ancient Chinese people invented many methods for cultivating essential nature and eternal life for longevity and immortality: Dao Yin; Tu Na; sitting meditation; observing the inner body and the mind; five animal play; and, many ceremonial forms of Daoist rituals. These all contributed to the origins of Taiji.

About 700 years ago, Zhang Sanfeng came to Wu Dang to cultivate his internal energy to achieve immortality. When he observed a snake fighting with a sparrow, he had a breakthrough and created Taiji 13 postures. This emerged from the ancient art of internal cultivation, combined with all the characteristics of martial arts styles and his internal alchemy method. Wu Dang internal martial arts were created during the same period.

Taiji is not just the simple Taiji forms that we see in current times. It is a combination of Wu Ji, Taiji and Liang Yi, three different levels of form. The movement became a cultivation method with many facets: stillness to motion; exterior to interior; basic to advanced; motion united with stillness; and fast movements combined with slow movements.

Zhang Sanfeng became known as the developer or assembler of Taiji. He refined these ancient arts and created the Wu Dang Taiji system. From him, two branches extended, one to the North and one to the South. In the North, his successor was Wang Zhong Yue, and subsequently, his successor Jiang Fa created Zhao Bao Taiji. This became a community style, which differed from the style practiced in the monastery. Five styles evolved from Jiang Fa: Chen Wang Ting’s Chen style Taiji; Yang Lu Chang’s Yang style Taiji; Wu Yu Xiang’s Wu style Taiji; Wu Jian Chuan’s Wu style Taiji; and, Sun Lu Tang’s Sun Style Taiji. These five styles became the most popular styles in the world today. From the Southern lineage, the successor Zhang Song Xi, was in turn succeeded by several families who remain more mystical and less known to the world.

From 1959 to today, the Chinese government has created many simplified styles of Taiji from the different family styles. These simplified styles and competition routines are designed for people to practice and to promote Taiji for the general public.