Requirements for students and coaches in a Sanfengpai Academy 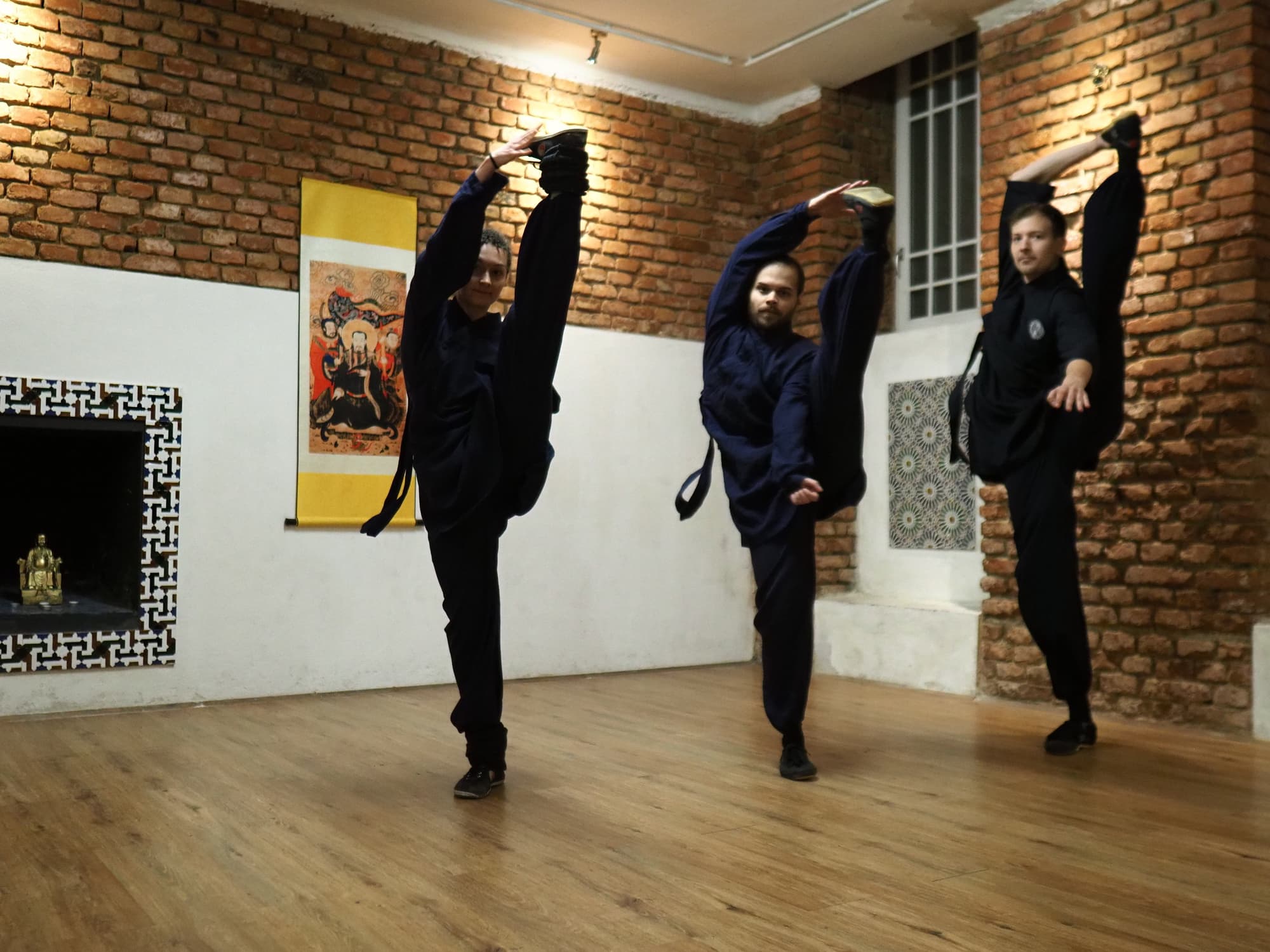 The policies of the Sanfengpai Schools are based on the preservation of the Taoist tradition and include the appreciation of training, respect for the older Kung Fu brothers, and the promotion of each individual’s self-discipline as a life philosophy and personality education.

Training as a fighter

Each of us has the qualities of a fighter when it comes to understanding barriers. The overcoming of the self and the new experiences that emerge from it are the foundation of self-discipline, paving a straight path of success.

What happens if you can not do more?

If one believes that one has no more strength for exercises, then the self-responsibility consists of not weakening the group discipline. The weakest link in a chain must try to be there when it is no longer physically possible then at least with the mental attention because by being the weakest link one finds the inspiration to find his own strength again. The successes of our Gongfu brothers are not only important to them, but also to the whole group so that new powers can come from inspiration.

Training methods are to be accepted

Those who can not identify with the training method have their own conflict to deal with. The Master cannot do anything here, because the problem only dissolves on its own. Every student has to decide for himself whether he wants to do it or not.

The instructions of the coaches or the master are to be accepted and implemented. Here the student is not in a position to question them. Those who do not ask and focus on the instructions train according to the old traditional Taoist principle and thus learn the fastest.

Trust in the master

Master guides each student through the traditional path of Wudang Art. Anyone who believes he knows better ways has not understood the full extent of the San Feng Pai tradition. The exercises and instructions are to be implemented exactly as they are explained. The Master understands the potential of each student and can make the best possible decision for them out of self-reflection.

Every student should understand that Daoism is the foundation of this teaching. For future coaches, this knowledge becomes mandatory. All Master’s decisions and instructions are based on these ancient teachings. Anyone who is not interested in this topic as a student will eternally grope in the dark in his exercises. All exercises are based on the principles of classical Chinese medicine, Taoist philosophy and inner alchemy, Neigong.

No progress without effort

The teaching of coaches and masters is respected by each individual student. Here, strength is invested in the education of each individual, even if certain things are currently not understandable for the student. The progress of the students is important to show respect for the older Kung Fu brothers, the coaches, and the Master. It would be strange if students have been in school for several months and can not do the most fundamental things; In such cases, exclusion from education would result.